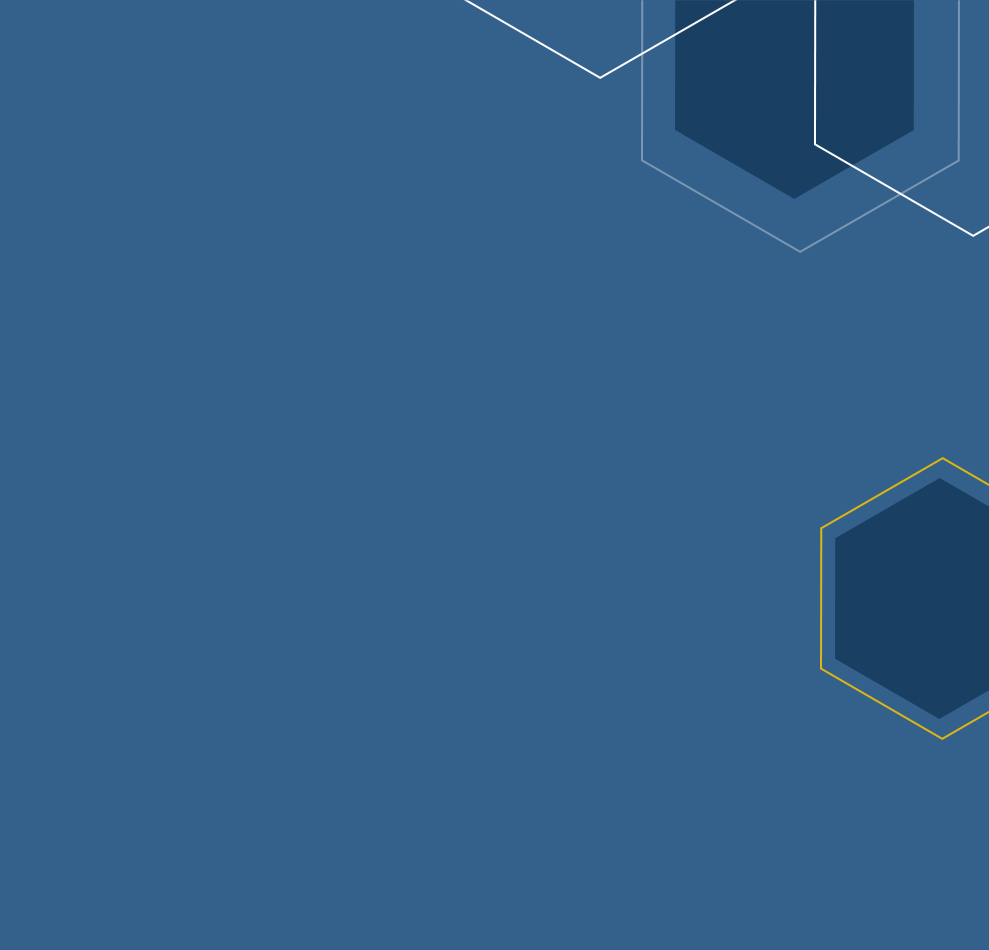 Dr. Bouwer received his B.S. degree in Microbiology from Arizona State University, MS degree in Bacteriology and Public Health and PhD degree in Immunology from Washington State University, and completed a postdoctoral fellowship at the Portland VAMC. His laboratory is involved in understanding the immune response to intracellular pathogens, with a focus on Listeria monocytogenes. As a food borne pathogen, L. monocytogenes is of particular interest because of its bioterror potential. In collaboration with Darren Higgins, PhD, from Harvard Medical School, a novel vaccine against L. monocytogenes was assessed that was unique in its approach. For these studies, a strain of L. monocytogenes that was engineered to retain key features of pathogenesis yet be avirulent was successfully used to stimulate protective antilisterial immunity. Whether such an approach can be used for other potential bioterror weapons is under consideration. Studies are also ongoing that take advantage of the immunostimulatory properties of L. mononcytogenes for the development of recombinant cancer vaccines. For these studies, strains of L. monocytogenes have been genetically engineered to express tumor cell proteins that have been shown to be targets of anti-tumor immune responses. Important findings from these studies include that recombinant L. monocytogenes cancer vaccines are therapeutic, they remain effective after initiation of antibiotic treatment as early as 24 hours after vaccine delivery to eradicate the infection, and previous immunity to L. monocytogenes does not diminish stimulation of anti-tumor immunity.

Darwin G. Goodspeed was appointed as Director VA Portland Health Care System by the Secretary of the Department of Veterans Affairs on November 25, 2018. His previous position was Director of the Sioux Falls VA Health Care System (SFVAHCS) since December 2013. Prior to that he was the Associate Director at the Louis Stokes Cleveland VA Medical Center from February 2011 to November 2013. He also served as Acting Director of the Chalmers P. Wylie VA Ambulatory Care Center from May to June 2013.

Mr. Goodspeed has more than 25 years of experience in health care leadership positions within VA, Department of Defense (DOD), and the private sector. He is a retired Naval officer having served 21 years on active duty first as a hospital corpsman and then as a Medical Service Corps officer. Mr. Goodspeed enlisted in the Navy in 1982 and was subsequently commissioned in 1990 and retired at the rank of lieutenant commander in 2003. Dr. Heinrich specializes in medical oncology with emphasis in the development of new cancer treatments. He earned his medical degree in 1984 from Johns Hopkins School of Medicine in Baltimore. He completed both his residency training and hematology and medical oncology fellowship at OHSU. In his free time, Dr. Heinrich enjoys watching his children’s sporting activities, waterskiing and running. 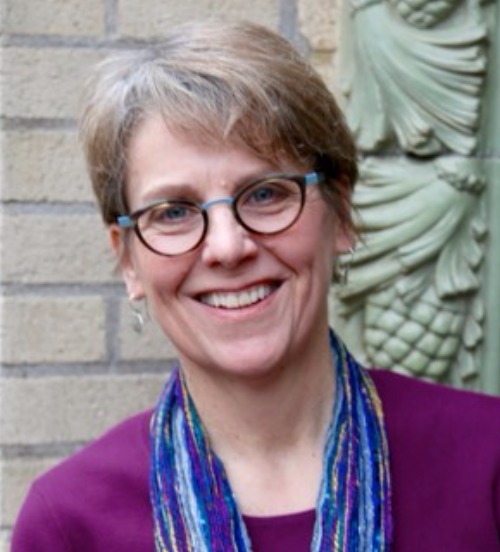 The interest of this laboratory is on brainstem mechanisms involved in pain modulation. Our focus is on opioid-sensitive circuits within the rostral ventral medulla, which is a crucial element in a pain-modulating network with links in the midbrain, medulla and spinal cord. This network contributes to the variability in pain sensitivity seen in different situations (for example under conditions of fear or extreme stress), and it is an important substrate for opioids and other analgesic drugs such as cannabinoids. We use single cell recording in combination with pharmacological tools to analyze how this system is activated, and we have identified two distinct classes of pain modulating neurons. ON cells are directly sensitive to opioids, and we recently showed that these neurons facilitate nociceptive transmission. OFF-cells exert a net inhibitory effect on nociception, and we were able to demonstrate that disinhibition of these neurons is central to the antinociceptive actions of opioids within the medulla. Currently, we are interested in identifying neurotransmitters that activate these two cell classes differentially to promote or suppress pain. We are also interested in how this modulatory system is activated under physiological conditions, and are looking at the inputs from limbic forebrain structures such as the hypothalamus to the rostral ventral medulla in an attempt to investigate this issue.

In addition to the degrees listed below, Dr. Heinricher was a postdoctoral fellow in neuroscience at the University of California, San Francisco, from 1983-86.

Her non-academic interests include native plants and ethnobotany.

Dr. Sahana Misra was appointed as the VA Portland Health Care System (VAPORHCS) Chief of Staff (COS) in September 2018. Prior to her current appointment, Dr. Misra served as the Acting COS since September 2016; she was the VAPORHCS Mental Health Clinical Director from 2013 – 2016; the VAPORHCS Associate Chief of Psychiatry 2010 – 2013; and the Oregon Health & Science University (OHSU) Associate Psychiatry Residency Training Director 2001 – 2010. Following residency, she completed a Geriatric Psychiatry Fellowship at OHSU and began her VA career in 1998.

Dr. Misra is board certified in Psychiatry and Geriatric Psychiatry. She was a VA Cooperative Studies Career Development Award recipient and has served as a principal investigator and co-investigator on several studies. Since joining VAPORHCS she has published 12 peer review articles, two review articles and three book chapters and has been an invited presenter at multiple national, regional and local lectures and conferences.

Dr. Misra earned her MD at Rush Medical College and completed her Psychiatry Residency at Rush Presbyterian-St. Luke’s Medical Center in Chicago, Illinois. Following residency she completed a Geriatric Psychiatry Fellowship at OHSU and began her VA career in 1998 with VAPORHCS as a staff clinician. Dr. Misra is board certified in Psychiatry and Geriatric Psychiatry. In 2019, she was promoted to Professor in the OHSU Department of Psychiatry and was elected into the American College of Psychiatrists. Beyond VAPORHCS, Dr. Misra serves as OHSU’s Associate Dean of Veterans Affairs. 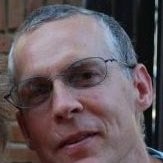 Kim Neve received his B.A. in 1979 from Dana College, in Blair, Nebraska, and entered the Psychobiology graduate program at the University of California, Irvine. He received his Ph.D. in Biological Sciences from UCI in 1984, then spent 3 years as a postdoctoral fellow in the laboratory of Perry Molinoff in the Department of Pharmacology at the University of Pennsylvania. In 1987 he was hired as a research pharmacologist at the Portland VA Medical Center, with appointments as assistant professor in the Departments of Psychiatry and Pharmacology. Neve joined the Department of Behavioral Neuroscience in 1995, and rose to the rank of professor in 1998.

Research in the Neve lab is broadly concerned with the function of the brain dopamine system. We use genetically modified dopamine receptors expressed in cells in culture and in mouse brain to explore the effects of dopamine, therapeutic drugs, and abused substances on the receptors and the role of the receptors in dopamine-dependent behaviors. An example of this work is our utilization of in vitro mutagenesis to investigate the interactions of dopamine D2 receptors with agonists and signaling pathway, another is our use of virus-mediated expression of dopamine receptors in vivo to normalize behavior in dopamine receptor knock-out mice. The techniques that we use in these investigations include co-expression and biochemical analysis of a variety of signal transduction molecules (wildtype and mutant receptors, G proteins, effector enzymes), metabolic labeling and immunoprecipitation, confocal fluorescence microscopy, and mouse behavioral assays for the rewarding and aversive properties of abused drugs. Dr. Raitt is the director of the Arrhythmia service for the VA Portland Health Care System which provides tertiary care arrhythmia services including arrhythmia consultation, catheter ablation, and device implantation to Veterans in Oregon, Washington, Alaska, and Idaho. He is an active clinical researcher with interests in atrial fibrillation and implantable defibrillator therapy. Dr. Schuff has clinical and research interests in pituitary and thyroid neoplasms and hormone regulation. She has conducted clinical research projects designed to improve diagnostic procedures as well as treatment modalities for patients with pituitary tumors including Cushing’s syndrome, pituitary hormone deficiencies and thyroid cancer. She helps direct the Thyroid Tumor Clinic, a multidisciplinary clinic staffed by endocrinologists and otolaryngologists with close interaction with OHSU’s head and neck radiologist and nuclear medicine staff to provide comprehensive, coordinated care for patients with thyroid and parathyroid disease. The major theme of our lab is rapid neuronal signaling in the mammalian brain and how this changes in disease states. Focusing mainly on the cerebral cortex, we study regulation of intrinsic excitability and synaptic transmission. A major target is the calcium sensing receptor (CaSR) which has been identified in neuronal somata and terminals.
Another interest has been heterogeneity of synaptic transmission at excitatory synapses and in particular the different roles of voltage-activated calcium channels (VACCs) at excitatory and inhibitory synapses.

Grew up in Nottingham, England. Background: Sean spent 15 years researching HIV and Dengue virus vaccines starting in undergraduate at the University of Pittsburgh through a post-doctoral fellowship at the Oregon National Primate Center/OHSU. Sean transitioned to tax accounting at one of the largest public accounting firms in Portland for 5 years. Sean is now using both his background in biomedical research and financial accounting to direct PVARF. In his spare time Sean trains and races in triathlons and long-distance running. The training comes in handy when trying to keep up with his two young sons and his wife Christine. Sean joined PVARF in late 2020.

Want to learn more about PVARF?

About the Foundation
Administrative Team